A cookie is information stored on your computer by a website you visit. Cookies often store your settings for a website, such as your preferred language or location. This allows the site to present you with information customized to fit your needs. As per the GDPR law, companies need to get your explicit approval to collect your data. Some of these cookies are ‘strictly necessary’ to provide the basic functions of the website and can not be turned off, while others if present, have the option of being turned off. Learn more about our Privacy and Cookie policies. These can be managed also from our cookie policy page.

IE10 and below are not supported.

YOUTH COUNCILLOR VIEW FROM THE TOP

The July meeting of the Blue Mountains City Council had a temporary change to its leadership with the appointment of Youth Councillor Benjamin McGrory to serve as Assistant Mayor and co-chair of the meeting.

Benjamin is a returning Youth Councillor, now in the role for his third year. A Katoomba resident and Sydney Distance Education High School student, Benjamin joined the Youth Council to become a voice for young people in society, particularly students coping with mental illness.

In his previous term in the Blue Mountains Youth Council, Benjamin assisted in planning the Project NOW! Youth Congress and has received training in community consultation.

The opportunity to act in the role of Assistant Mayor and co-chair of the meeting is available to Youth Councillors once a year. Benjamin was selected for the role by random ballot at the previous Youth Council meeting.

At the meeting, the Council unanimously resolved to endorse the membership of the 2017 Blue Mountains Youth Council and thank the outgoing Youth Council members for their contribution to our community and welcome the 13 continuing and nine new members of the Youth Council.

Mayor, Cr Mark Greenhill, said, “We are proud of the Blue Mountains Youth Council. It is an important forum. Promoting young people’s interest in civic life is something we take very seriously.”

To follow the Blue Mountains Youth Council activities and see photos of the Youth Councillors in action at the Council meeting, visit www.facebook.com/bluemountainsyouthcouncil/ 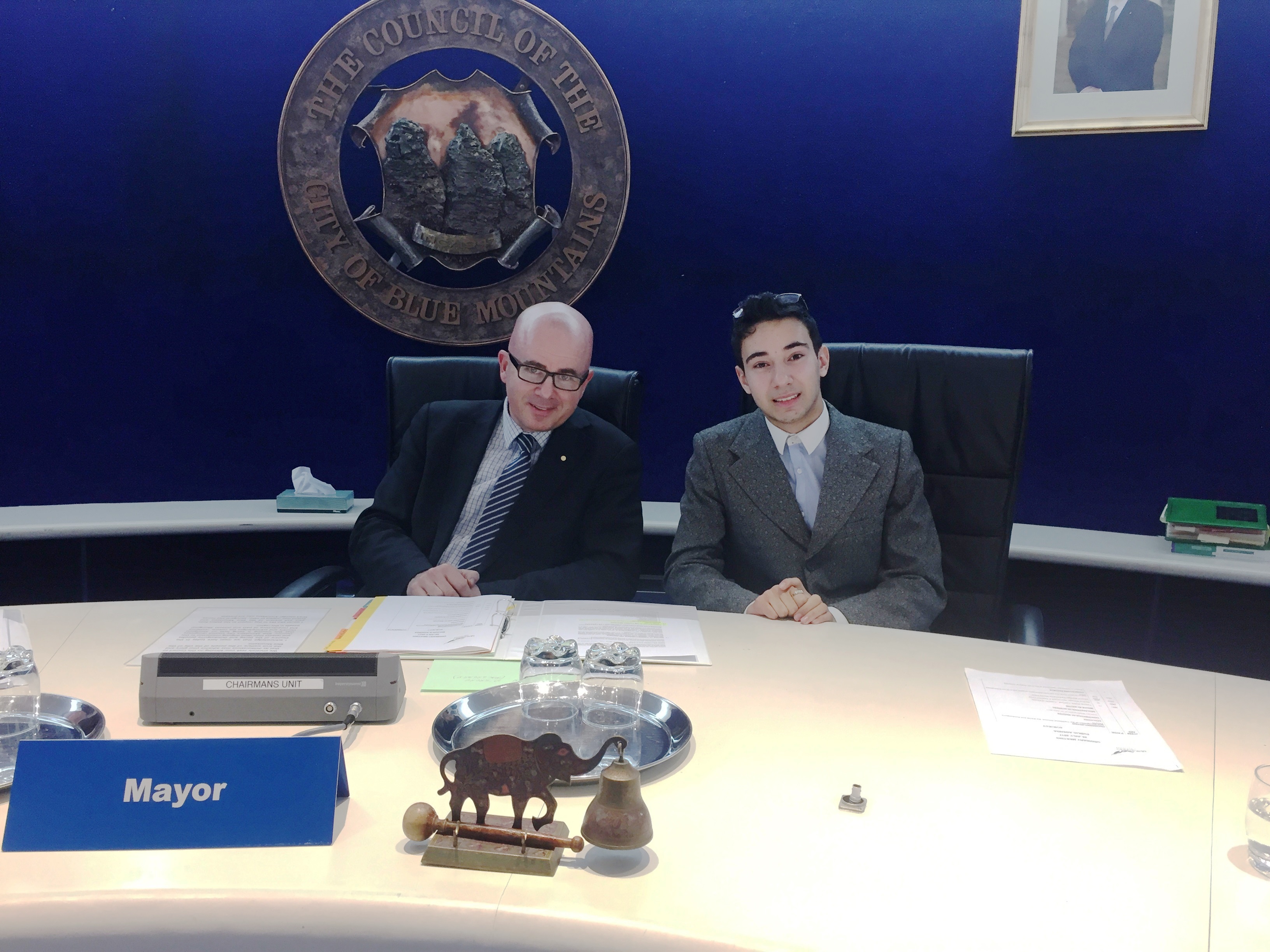