A cookie is information stored on your computer by a website you visit. Cookies often store your settings for a website, such as your preferred language or location. This allows the site to present you with information customized to fit your needs. As per the GDPR law, companies need to get your explicit approval to collect your data. Some of these cookies are ‘strictly necessary’ to provide the basic functions of the website and can not be turned off, while others if present, have the option of being turned off. Learn more about our Privacy and Cookie policies. These can be managed also from our cookie policy page.

IE10 and below are not supported.

Blue Mountains City Council recognised three local citizens for their outstanding contribution to the community and welcomed 24 residents as Australian citizens at the 2018 Blue Mountains Local Citizen of the Year Awards and Citizenship Ceremony held at the Blue Mountains Theatre in Springwood today.

The recipients of the 2018 Blue Mountains Local Citizen of the Year Awards are:

Citizen of the Year – Carmel Higgins

Carmel has excelled in providing service to women’s sport, devoting her time to coaching, mentoring, and running netball in the Blue Mountains for almost 50 years.

Andrew has given up his time to make sure the Blue Mountains community is a safe, fun and accepting environment for everyone, but particularly for young people. Andrew has been an active and engaged Blue Mountains Youth Councillor since the start of 2016. During his time as a Youth Councillor Andrew has provided great support for the youth congress ‘Project NOW’ which led to Andrew’s involvement in the Youth Summit Radio program.

The Springwood Foundation Day Festival is a long running community event that celebrates the Springwood’s heritage and showcases what it has become today - the 2017 event was a highly successful day with all funds raised going back into the local community.

Mayor, Cr Mark Greenhill, said, “On behalf of Blue Mountains City Council and the community, I offer my heartfelt congratulations to these outstanding local citizens, all deserving recipients of the 2018 Blue Mountains Local Citizen of the Year Award.

We are lucky to have you as part of the Blue Mountains community and we thank you for all that you do.”

Mayor, Cr Mark Greenhill, said, “Australia’s evolving way of life draws inspiration from the whole world and our heritage is enriched by contributions from the many cultures that make up our society.

I am proud that the City of Blue Mountains is forever woven into the personal and Australian story of our newest citizens.”

To date, the group has raised over $1.87 million to help with the growth and development of the Special Olympics Australia, allowing those with an intellectual disability the opportunity to participate in regular weekly sports and dance programs. The Special Olympics Dance Group leader, Mel Eustace, acknowledged the local award recipients for serving as inspirational role models to us all. 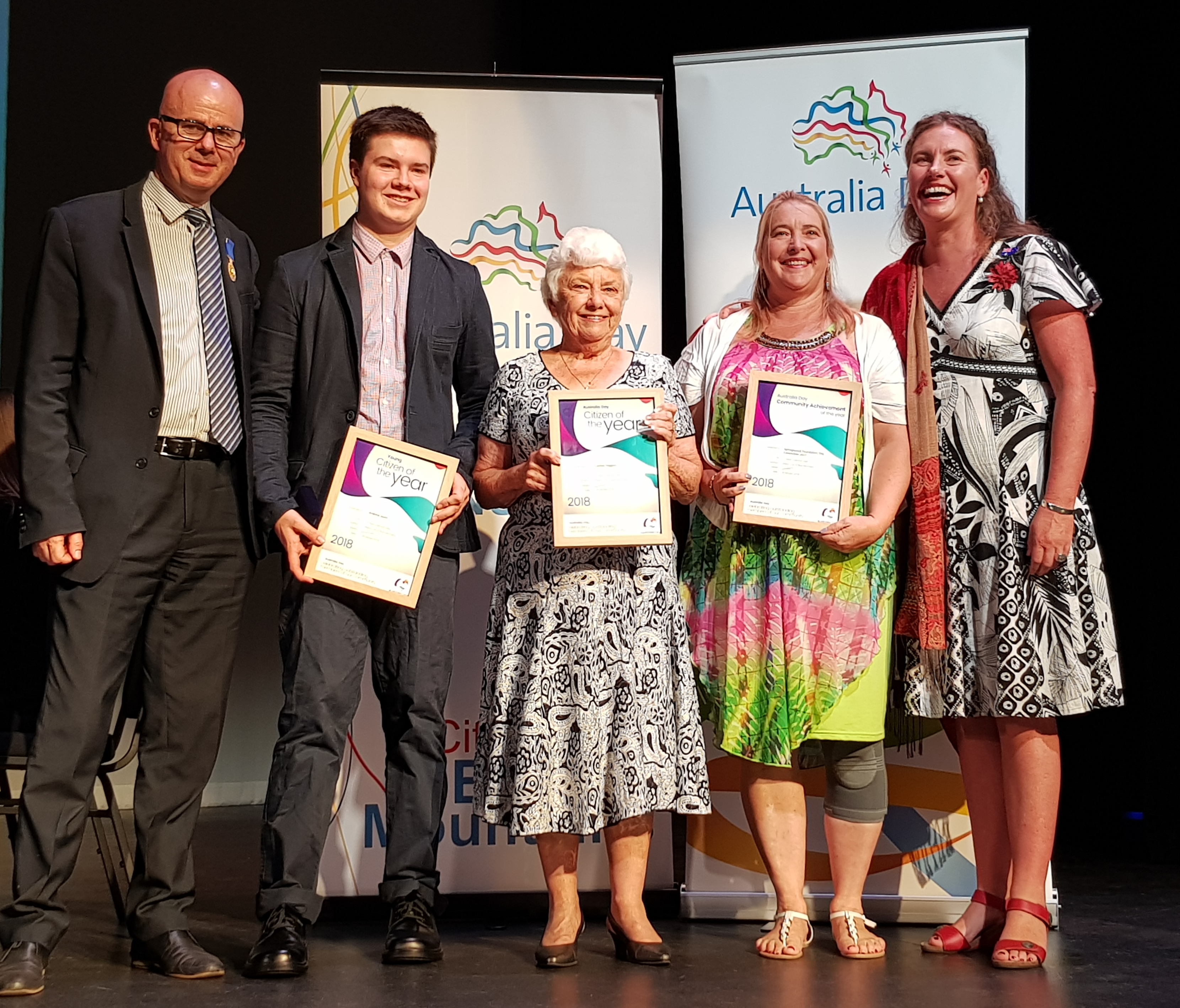